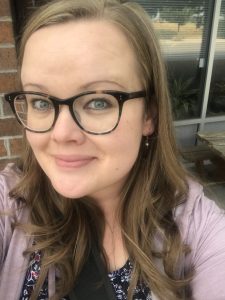 Why did you choose to study a language through WISLI? What attracted you to our program specifically? I wasn’t initially planning on attending this program but I applied for the UW-Madison SROP for Humanities which meant I had to shift my focus for what I wanted to do over the summer as it was a fully-funded program. Turkish was not my first-choice language but out of the languages WISLI offered it fit the best with what I’m interested in studying.

How has studying a less commonly taught language enriched your life? Studying Turkish has been a kind of newer ambition/goal for me but looking at what I’m most interested in academically and how I can put that into a career, like going to graduate school for history, I know that language study is a very big part of that.

What makes studying a language at WISLI/UW-Madison unique to you? In my home state, Montana, I don’t think I would’ve had the opportunity to study Turkish, so that is something that WISLI offered that was unique to me.

How do you plan to use the language you’re learning in your personal/professional journey? A desire would be to read Turkish well enough to be able to focus on an area of research while using that language. That seems like a really ambitious goal because of how intensive the classes are but that is out there as a future goal.

What are you most looking forward to in your language program? Or events that you have already done? I am looking forward to the LCTL Career Fair that’s happening next week because I think it’ll be really useful going forward to have that information once I am done with the program. I have also really liked the Turkish Conversation Hours, even though I’ve just gone to one, but it was nice to have that one-on-one interaction in practicing speaking Turkish to someone else.

What has been the impact of the WISLI Tuition Scholarship for you?  What would you say to other students who might be interested in applying for the scholarship? I most likely wouldn’t have been able to come to WISLI without the scholarship, but through a lot of hard work I was able to finance everything in the end. I think that something that I’ve learned while applying to scholarships or internships is that it’s good to just apply, even if you don’t get it, you still have that experience. You can assume you might not get it but you don’t know if you don’t try.

Do you have any advice for students who are studying the same language as you? I really believe it’s best for students to find that balance between their academic and personal lives, and it’s something I have tried to keep in mind for a long time. While that does kind of go against the premise of this intensive program because of the amount of material you are expected to retain, I think it is important to find that balance. I also think practicing outside of the classroom when you can is very useful, so taking advantage of those opportunities when they arise is a good idea.

What is your favorite word/phrase/proverb in your language? The phrase “hayırlı olsun” generally translates to “may this have a good outcome”, and can be used for almost everything.